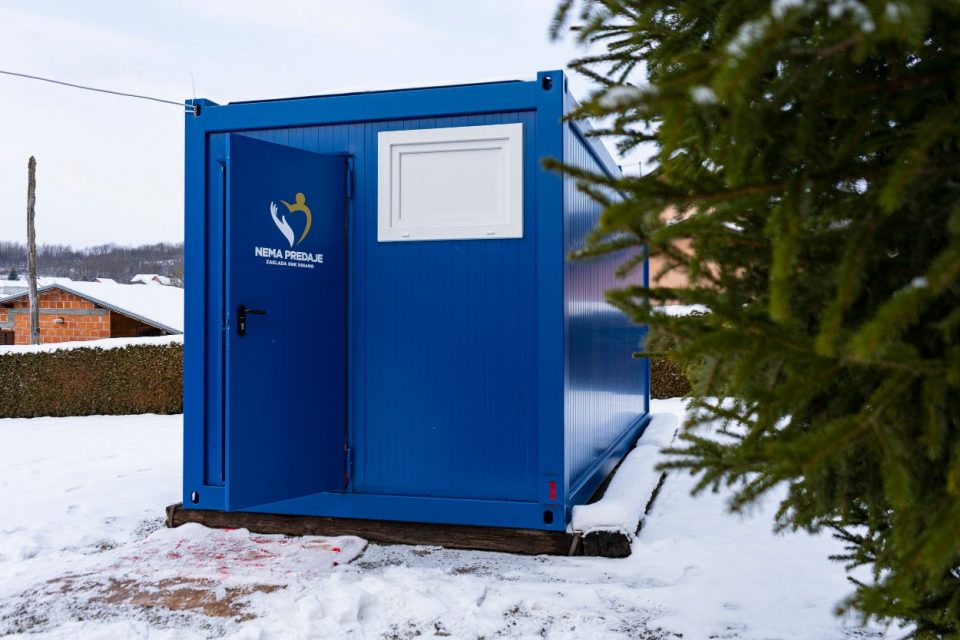 The foundation helps the village Pecki

At the end of December, the Foundation ‘’Nema predaje’’ launched a fundraising campaign to help residents of the earthquake-hit area in Banovina.

Through donations from fans and supporters of the official Dinamo’s Foundation, the football club GNK Dinamo, head coach Zoran Mamić, first team players and professional staff, club employees and other partners, a total of HRK 592.844,65 was raised over 15 days. The foundation of the English football giant Manchester United donated EUR 10 thousand to the Dinamo’s Foundation, whereby the Foundation raised a total of HRK 667.844,65.

First of all, we would like to sincerely and from the bottom of our hearts thank all those who joined the Foundation’s campaign with their donations and who decided to help individuals and families from the damaged Banovina area in these difficult times. At the same time, we thank everyone who put effort into the realization of such a great campaign.

The Foundation’s Trustees Board made a decision that after the devastating earthquake, it will help the village Pecki, which is located about 15 kilometers from Petrinja. This is a village with less than 100 inhabitants, whose homes were mostly destroyed or damaged in the earthquake, and which was also badly damaged during the Croatian Homeland War, especially on 16 August 1991, when a massacre over the locals and the police force was carried out.  The Foundation has decided to use the collected funds for the purchase of residential facilities, i.e. containers adapted for housing, for a total of eight families from the village Pecki, whose houses have been marked with red stickers (unusable) by structural engineers. One additional container will be given for use to the Pecki County Board, whose premises were also damaged in the earthquake.

The collected funds have been used to purchase 10 containers, transport the containers to the village, purchase furniture (beds, mattresses, table, chairs, basic kitchen elements) and household appliances for all containers. A part of the funds has been invested in renting sanitary cabins for each of the containers. The cost of all of the above amounted to HRK 433.957,20. The Foundation will also donate 27 sets of work suits and rubber boots, as well as winter blankets, hats and scarves.

The funds remaining after the donation to the village Pecki will be fully directed to help people from the Banovina area whose property was destroyed after the devastating earthquakes. The first next activity will be the purchase of a housing container for the former Dinamo player Radimir Bobinac, whose house in Petrinja was completely destroyed, and we will inform the public about it in a timely manner.

Representatives of the Foundation and the club visited the village Pecki on Saturday, 16 January, to visit families who have been given temporary housing facilities. The Foundation’s delegation was represented by its CEO Vlatka Peras, the Trustees Board president Krešimir Antolić and the Trustees Board members Iva Cigrovskij, Amra Peternel abd Damir Krznar, while the Dinamo’s delegation was led by head coach Zoran Mamić, first team captain Arijan Ademi, Dinamo’s national team players Dominik Livaković and Mislav Oršić, assistant coach Alen Peternac, team manager Marko Kuže, club’s doctor Ivica Smodek, stadium manager Miljenko Sakoman and several club employees who have participated in the entire campaign. The delegation visited several families and the locations where the containers were placed. 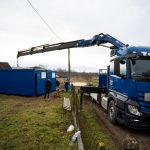 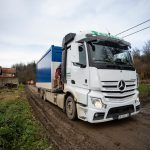 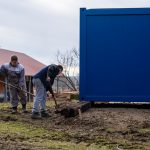 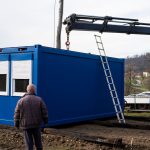 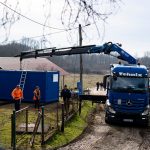 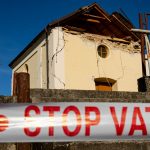 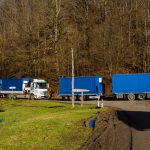 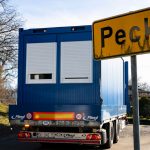 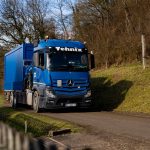 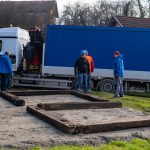 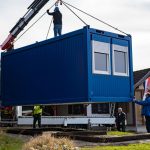 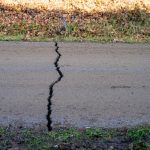 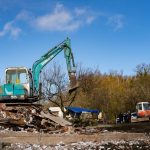 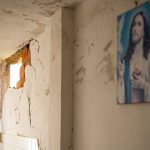 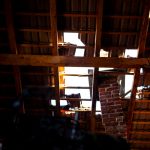 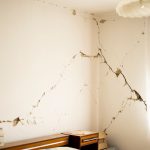 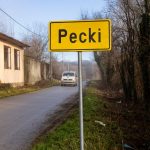 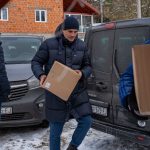 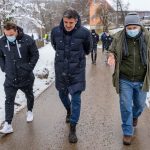 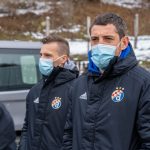 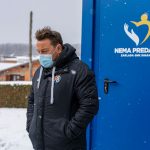 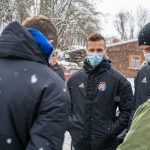 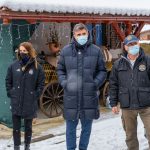 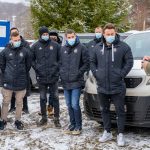 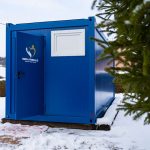 – We came here to support these brave people in the village that has been a symbol of courage and suffering since the Homeland War, and to help them in the difficult moments that befell them after the earthquake. The mission of Dinamo and thus of its Foundation is to be with its people both in joyful and happy times, and in difficult times. That is why I am proud of our players, coaches, working community and all the people who with their donations to the Foundation enabled the purchase of these 10 containers and enabled us to have the honor to make life easier for the residents of the village Pecki with a donation worth about half a million kuna, and to say to them to never surrender! I want these people to know that they are not alone and that our care for them will be constant, as long as it is needed.

– From the first moment immediately after the earthquake, the players knew about the destruction of the entire Banovina area, including the village Pecki. A delegation of players and coaches has already brought help to the village on the New Year’s Eve, and we gladly accepted the invitation of the Dinamo’s Foundation to help provide temporary accommodation to the villagers. I thank all our fans and citizens who made the purchase of containers possible with their donations to the Foundation, and I invite all of them to continue donating to the Foundation together with us, because this area will still need help.

– I am glad to be a part of our delegation here, although I would like us to be here on another occasion, and not with this tragedy and misfortune that happened in this area. We were here as soon as two days after the earthquake, our doctor Smodek initiated the visit because he is connected to this area by family ties. We were on leave then, but a few of us gathered and together with the players, we visited people and tried to encourage them. We found out what they needed most and raised money through our Foundation. A special motive to help people as soon as possible and as well as possible was certainly everything that happened here during the war. I want to give thanks from the bottom of my heart to all the donors who have donated to the Foundation and who are participating with us in this campaign. We have received donations from Europe and the world, the first is Manchester United, followed by Celtic, German and Italian clubs, my friends from the Emirates, and there will be more funds to help. 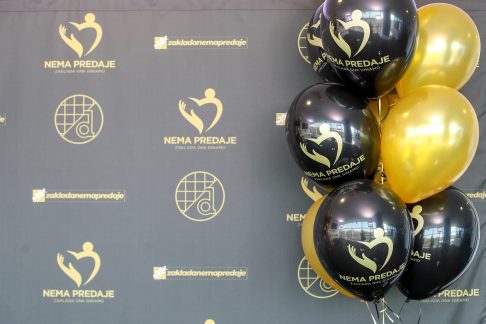 A thank you to supporters and donors

GNK Dinamo Foundation ‘’Nema predaje’’ hereby sends its sincere thanks to all donors and supporters who have supported the Dinamo’s Foundation with their donations so far! We also thank the media that followed our work in the past period. We send our thanks to all those who recognized the mission and vision of the Foundation, […] 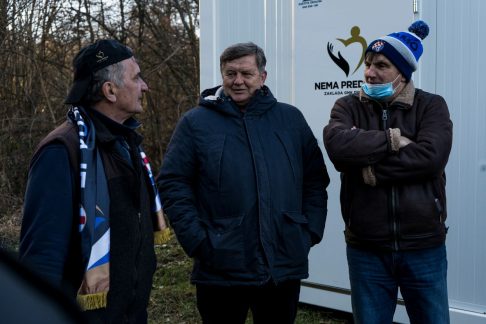 Radimir Bobinac : “Smile on the face and faith in the further life”

GNK Dinamo Foundation ‘’Nema predaje’’ hereby sends its sincere thanks to all donors and supporters who have supported the Dinamo’s Foundation with their donations so far! We also thank the media that followed our work in the past period. We send our thanks to all those who recognized the mission and vision of the Foundation, […]